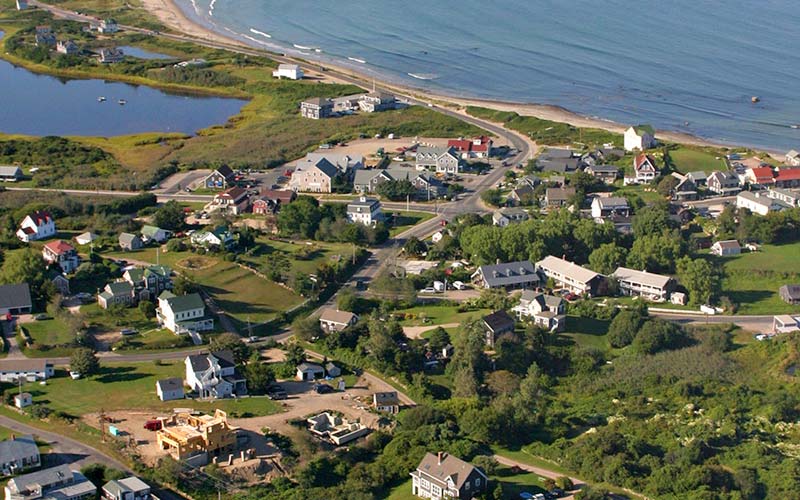 After successfully completing their Community Anchor Institution (CIA) Broadband Fiber Network, the Town of New Shoreham, RI selected Sertex to continue building out an island-wide broadband network to serve every home and business on Block Island.

Located 12 miles off the Rhode Island coast, New Shoreham encompasses the entire 10 square-mile land area of Block Island. The year-round population is only about 1,000 people but swells to 20,000 during the summer tourist season. Local residents grudgingly tolerated unreliable and frustrating DSL internet access until the pandemic. In July, voters overwhelmingly approved $8 million in borrowing to construct a publicly owned Fiber-to-the-Home (FTTH) broadband network.

Sertex will construct the Island-Wide Broadband Network using four strands of the eight-strand fiber optic cable that connects Block Island to the mainland.

With a target to be completed within a year of starting construction, the network will be designed and built to withstand harsh seaside conditions, including high winds and salt corrosion.

Once built, Sertex will maintain and operate the network in partnership with Crocker Communications to provide internet and VOIP service.

Residents will get reliable high-speed internet access with gigabit bandwidth at lower monthly costs. Including an infrastructure tax collected by the Town, the estimated average monthly service fee will be $105 compared to $183 that residents currently pay to the incumbent carriers.